I participated in two technology events for students recently: the Global Smart Cities Hackathon and a round table discussing the internet of things. I was impressed with the enthusiasm, creativity and industriousness shown by the students at both events. Certainly, many of these kids really understand the technology and will do a fine job building the future for the rest of us.

The hackathon brought together students, mentors, industry leaders and volunteers to draw on pre-assembled sets of data from around the state of Oregon to come up with solutions to create better cities. The data ranged from environmental data (air pollution levels, wind speed) to traffic data (travel times along stretches of road, amount of cars vs. bikes vs. peds) to community data (incidents of crime, locations of business licenses). The challenge was fairly open-ended and groups could basically come up with whatever solutions they wanted using these wide-ranging data sets. 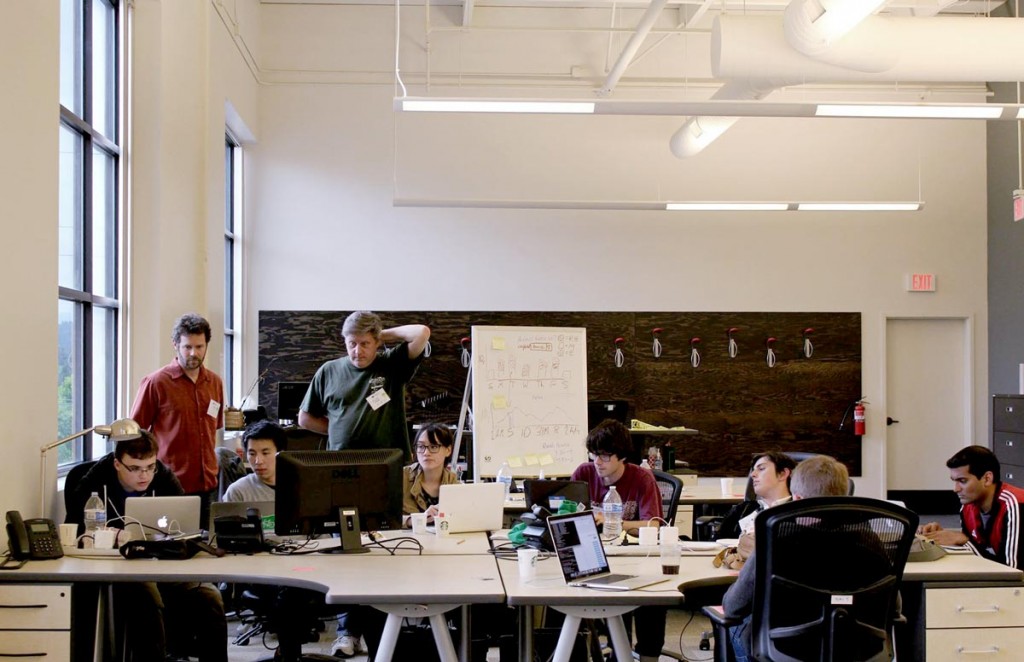 The group that I mentored adopted the role of city planner and devised an app that helps a user find optimal times to commute to and from their workplace. The app would use data from traffic and air pollution data sets to show the user when the roads are the most congested in their geographical area. Workers with an ability to change their work schedule can plan to commute during a non-congested time to speed up their commute and reduce the amount of pollution they are putting into the air due to stop-and-start driving in congestion.

Results of the hackathon are here. I was proud that my group was able to produce a functional app in just a single day’s worth of work—it was a formidable challenge, and our group was the only one with a product to show at the end of the day. It was a tight squeeze, though… we implemented the last important bit of functionality mere minutes before the presentations started.

Internet of Things Round Table Discussion 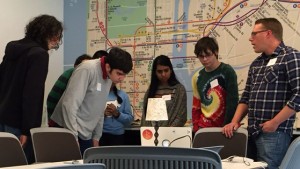 Many of the students who gathered for the internet of things discussion weren’t familiar with the term or its implications. By the end of the session, the students had worked with industry leaders to not only understand this new frontier of internet technology, but to brainstorm dozens of potential applications ranging from house security to time trackers that incentivize students to complete homework. I was impressed with the quantity and range of ideas they were able to come up with in a fairly short period of time.

Several organizations collaborated on these events: the Technology Association of Oregon did much of the leg work while Prolifiq and Smarsh played host. Other contributors included Seabourne, Intel, TiE and the Design Museum.