A Look Back at the Franklin Summer Coding Program

The kids joked and stuffed their things into backpacks while parents patiently hovered near a cluster of work tables. The Daimler employees, our gracious hosts, encouraged another visit and issued everyone cheery goodbyes. Us volunteers gathered leftover food and packed up the heavy bin of ragtag loner computers. We vacated the conference room designed for a much bigger audience, navigated a hallway of video displays, and exited the cathedral-like lobby through the heavy glass doors. And that was it: the end of the final workshop of the Franklin Innovation Academy summer coding program.

I like to think that the program inspired a new appreciation for technology and boosted the students’ confidence in their own ability to navigate it. At the very least these bright young high schoolers and middle schoolers gained some exposure to the skills, technology and culture involved with working in application development. Probably the biggest testament to the program’s success is that the kids kept coming back—our attendance on that last day was similar to the attendance of the first workshop eight weeks prior.

Program Summary, By the Numbers 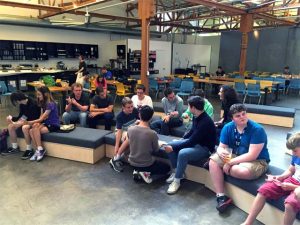 We had a great core team of industry professionals helping out: Andrew Brennwald, Samuel Ullman, Hobson Lane, Jenny Louthan and myself. This crew did a wonderful job helping plan, giving lectures and tours, wrangling kids and assisting with all of the other logistics for the events. 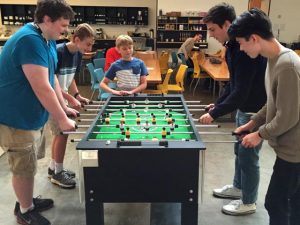 There were so many positive outcomes and pleasant surprises, it would be difficult to list them all out. But I would say number one was student retention—the students stayed engaged and enjoyed the program from start to finish. I would attribute this to a number of factors: a focus on hands-on activities with minimal lecture time, allowing kids plenty of time for play and socializing between periods of work, providing the opportunity to visit tech companies, presenting a wide breadth of interesting topics, and having a group of organizers who were knowledgeable, approachable and who enjoy working with kids. 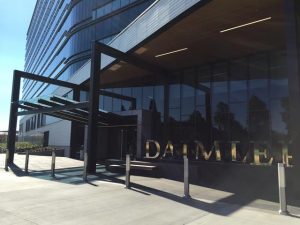 It was surprisingly easy getting local tech companies to volunteer to supply a venue, employee sponsor, office tour and meals for the workshops. As it turns out, many companies around town are eager to support local STEM initiatives and will go above and beyond to provide students with a unique learning experience. Having workshops at tech companies allowed for all sorts of tangential insights, including learning about industry culture, what kinds of jobs are available in tech, and what kind of services local tech companies offer. Fun company side projects like 3D printing, interactive art installations and DIY robotics were well received by the kids, as well.

Our hosts were: Connective DX, Uncorked Studios, Vacasa, Centrl Office and Daimler. All of them put in a generous effort and I would gladly work with all of them again. 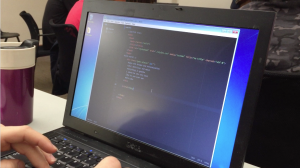 The students formed teams that created prototype apps. At the end of the program, we had five groups of students with apps that they can continue to work on throughout the school year (for those at Franklin, they can come to the after school Innovation Academy club). The intention is to submit these apps to the Congressional App Challenge. 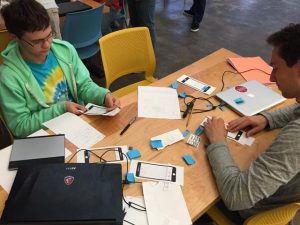 For workshop #3 we tried out something none of our team had tried before: paper prototyping. Paper prototyping was on my radar from a few different conferences I have attended and I thought that it would a great way to get a jump start on the students’ projects, so I did some research and put together a game plan for the students. The result was hugely successful!

We started off with a presentation about paper prototyping that largely consisted of youtube videos showing paper prototypes being demonstrated and tested. Then we had a guest speaker (Daniel T. Wood, MIRA) talk about user experience. Next we launched into a very structured series of activities that started with an app brainstorming activity, moved on to creating paper prototypes and ended with students performing user testing on each others’ apps. Some of the approaches were inspired by Stanford’s d. School, which I had caught wind of a few weeks before the workshop.

The students loved it! They were more engaged and energized in this session than in any other session we held. Each team was a veritable fountain of creativity and productivity, and the amount of detail and sheer numbers of user flows students were able to create with paper, markers, post-its and scissors was impressive. 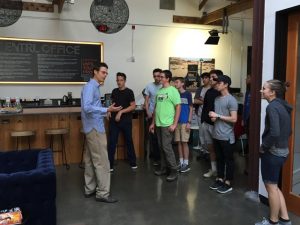 Several of the volunteers for this program had little experience working with kids or teaching, so they were able to get some valuable exposure with helping run a youth coding program. Their participation will have a bit of a ripple effect as they draw from this experience to advance future educational outreach efforts. Many of the volunteers will continue to help out with Innovation Academy, some may choose to volunteer at their kids’ schools later on, and a few already have plans to help with other educational initiatives.

Where we could use improvement

The students who participated largely fit the stereotypical coder demographic: mostly white, mostly boys, mostly from middle to upper class homes. The program had a very you-come-to-us mentality, which attracted students who were already highly motivated to code, but missed out on bringing other potential new recruits into the fold.

Also, by having the workshops at various businesses far away from students’ neighborhoods, most needed parents to coordinate rides. So not only did we need the students to be motivated, we also required a significant contribution from the students’ parents.

I would say our biggest boon to gaining a more diverse group of participants was by holding some of our open lab sessions at the Holgate Library. The library staff was able to attract new students from the neighborhood who were interested in learning to code, and those students returned for multiple sessions and did great.

We didn’t get around to actually building our app prototypes until the second-to-last session, which meant that for most of the open labs, students didn’t have a particular project to work on. We were still able to make good use of that time teaching basic coding skills, but it would have been nice to allow students to start making progress on their projects earlier in the program. This was doubly true for the students who started the program as competent coders—they benefitted less from seeing familiar concepts we presented in the labs.

This is the first year that our district is participating in the Congressional App Challenge and I believe only the second year of its existence, and with this new-ness some logistical difficulties have ensued. Students weren’t able to submit entries before the end of the program as I had hoped, so it will be an additional hurdle to get them to submit their projects later, especially for those who I am not in regular contact with through the Franklin High School after school coding club. And I had also hoped to have a CAC fall showcase event planned well before end of the program, and that is still very much in progress. 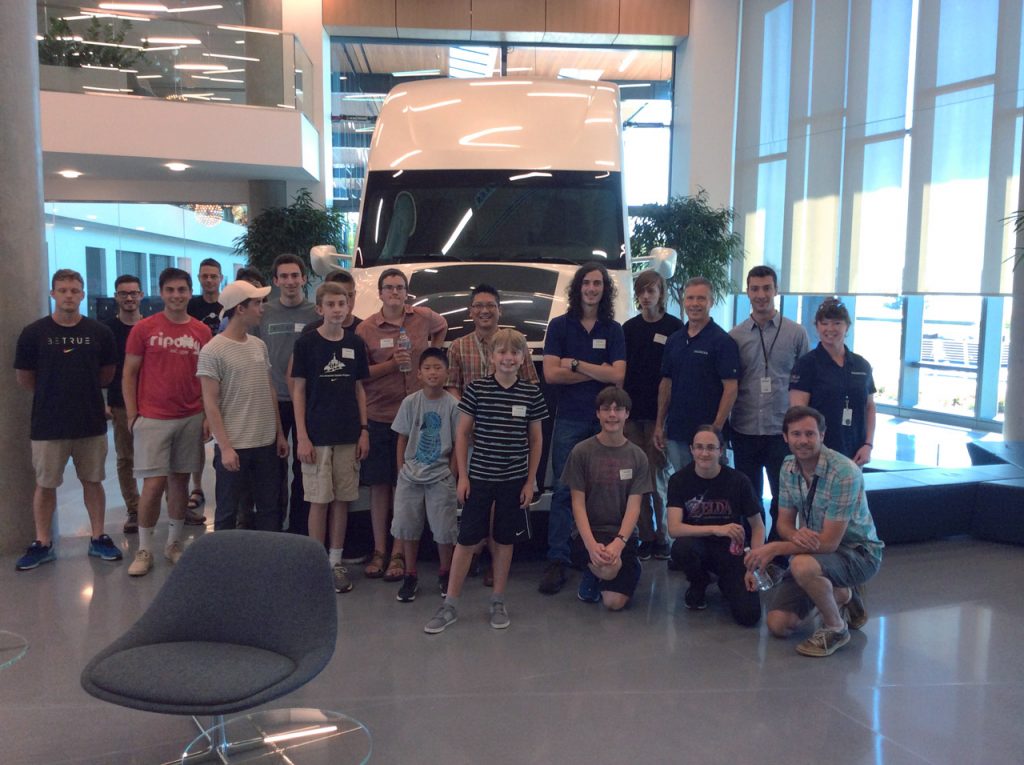